Thank you all who voted for their favorite Shehaqua Video Contest video(s) on our Facebook page! Voting ended on Sunday, February 19, and the winners have been chosen by you. We received no votes by email, which means the winner in each of the two categories (individual and family) were chosen solely by people "liking" the video contributions on Facebook. 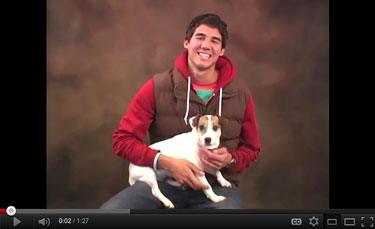 Congratulations to Matt Holden, who won in the individual category with a video about his experience growing up in Family Camp Shehaqua and eventually becoming a group leader. Allastar Smith, the only other contender in the individual category, finished second with a cleverly edited movie trailer put together with scenes from many different Shehaqua videos he found on YouTube. Allastar told us that it took him a whole night to put the clip together. 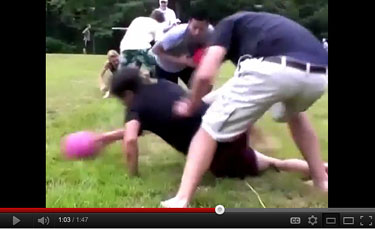 The race between the two contenders was intense, especially during the last two days. A few days after voting started Allastar had a 40-vote lead over Matt, but the lead gradually became smaller over the last 4 or 5 days, until Matt was ahead of Allastar by 2 votes late Saturday night. On Sunday Matt’s lead continued to grow and he finished with 98 votes over Allastar’s 74 votes. 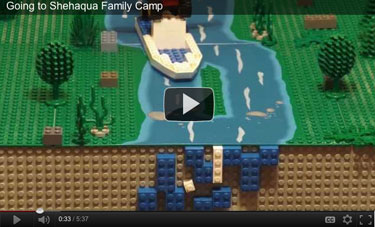 Congratulations to the Ching family for winning in the family category with 33 votes. Richard and Nathaniel Ching spent an incredible amount of time creating their amazing Lego stop-motion video that is great fun to watch. Richard Ching was last year’s video contest winner, and he successfully defended his title. Second, third and fourth place were won by the Aubert family (31 votes), Holcomb family (12 votes), and Wilkening family (9 votes).